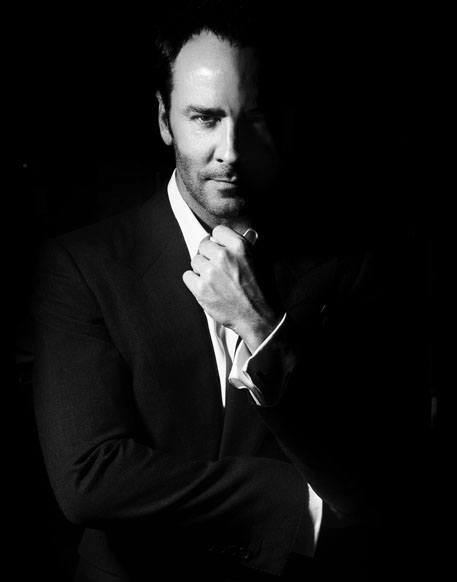 There has been quite a bit of buzz recently regarding some quotes that made their way online from a recent Tom Ford interview published in Time Out Hong Kong.   This interview, although perhaps now the most infamous, was just one that took place during the recent launch of TOM FORD womenswear in China.  Ford was also featured in China Harper’s Bazaar Men’s Style, China Daily, and the South China Morning Post (SCMP), to name a few.

If you are a Tom Ford fan I suggest you read them all, not just the Time Out Hong Kong piece.  They provide some great insight into the mind of the man behind the genius.

My favorite interview of the bunch is actually not Time Out Hong Kong, but rather SCMP.  I think Divia Harilela’s interview with Ford is professional and full of rich detail and interesting – sometimes shocking – tidbits.  I got the sense that Ford opened-up to Divia because he was at ease in her presence, which didn’t seem to be the case in the TOHK interview.

Unfortunately the interview is no longer available on the SCMP site BUT, as luck would have it, Divia republished it on her personal blog The D’Vine along with some additional quotes that didn’t make the final cut.  These are a few of my favorites:

On his 5 rules to be a modern gentleman:

“I only ever wear a suit. I have never worn sweats although I wear shorts when I play tennis, or am at the beach. But if you think you will catch me walking around the shopping mall in shorts, it’s not going to happen,… I really said it because of the flip flop thing. I hate it when men wear them and don’t get a pedicure. They don’t quite get that – grooming seems to stop there. I have to teach them.”

“It’s so funny because I didn’t think the collection was remotely 1970s so when I read that I was like really? [That] collection is smaller than the next one because I had to do it so quickly.  I had just finished the Oscars run and I had to put together a design team, studio and manufacturer in three months. The next one is much larger and includes more daywear,” he says.

On expression in fashion versus film:

“What I do in film is completely different from what I do in fashion. I am sure there are some related things, but fashion for me is a commercial – artistic yes, but a commercial endeavour. Even though I financed my film and it did well, I didn’t do it to make any money or make a blockbuster. I did it as a form of expression. You can only express so much in clothes – you can express a lot when you tell a story on film. And it lasts forever. If anyone ever wants to know what I am about, watch that film because it was an extremely personal film. I hope they all will be.”

These gems didn’t make it into the story (thanks to Divia for sharing!):

“Ok well I wouldn’t do that today. But there was a reason for the G and that was because I always try to be part of the moment. I did that as a tongue in cheek thing as branding at that season had reached a peak. Everyone was logo, logo, logo. So I thought how far can we push this? I heard about these girls in LA who did these fancy Brazilians so I contacted them. Turns out the model didn’t have enough pubic hair, so I got down on my knees, shaved it myself and took an eyebrow pencil – I am very hands on – and drew a G. At the time it was a culturally relevant statement.”

On doing things his way:

“I came back into it my way. I don’t do anything now that I don’t enjoy and I am not doing anything that isn’t fun. That’s why I showed my collection the way I did in New York and if people don’t like it too bad.  I am doing it the way I want to do it, I own it.” 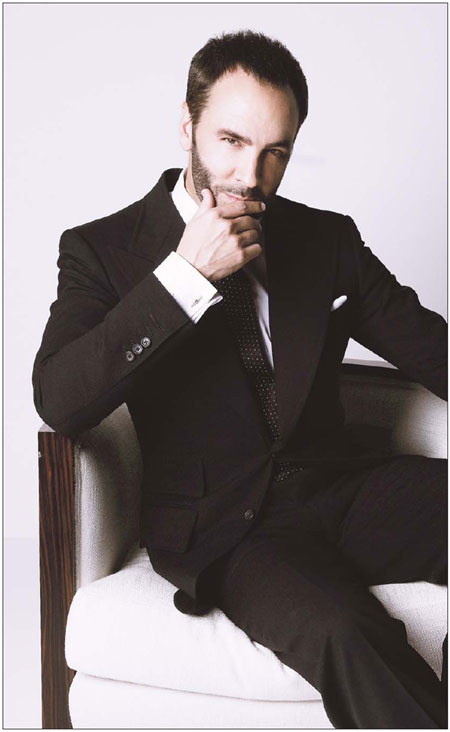 Gan Tian covered a lot of similar ground during his chat with Ford for China Daily.  You can read the whole interview here, but these are my favorite Ford-isms:

On what being “sexy” means to his customers:

“Sexiness is in your mind it is touchable and approachable. My customers are very sophisticated. Generally they understand.”

On who dominates fashion today:

“I think the fashion stage is still dominated by London and Milan, not even so much by New York. I don’t think there are many Chinese designers and celebrities breaking into that world.” 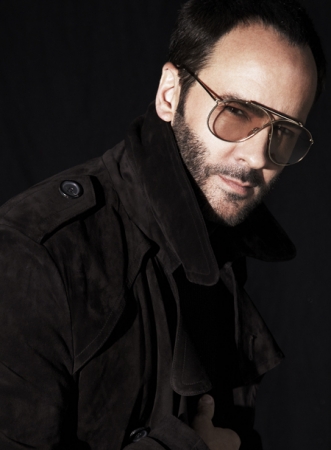 Image by Simon Perry via Time out Hong Kong

As I mentioned above, this is the interview that is getting all the buzz right now.  The Huffington Post and Fashionista were just two of the media outlets who covered it recently.   He shared his thoughts on everything from having children to Galliano to his experiences as a young designer to his views on ethnic diversity with journalist Kawai Wong.

Undoubtedly, this interview gave us a lot of insight into Ford’s mind, yet there was something lacking (for me, anyway).  That something was heart.  As an interviewer, you certainly don’t have to love Tom Ford.  But he commands your respect.  I can’t figure out if Kawai Wong was intimidated by Ford, or just set out to get juicy bits for his interview, but I just don’t feel like it had much heart or respect.

Regardless, these were a few of my favorite parts:

“I had a journalist earlier ask me a question which, I had to say, found really shocking. He asked me if those flowers are fake. And I said ‘No, they’re not fake, they are real.’ He said ‘I don’t believe you’. And he went over and looked. And I said, ‘They are cymbidium orchids wired to long stems because you can’t get cymbidiums in long stems. But they are real.’ So he looked at them, came back and sat down. I said, ‘Why did you ask me if they were fake?” He said, ‘Well, you are American’. [Laughs] I was like: ‘What does that mean?’ He said, ‘Well, you know often Americans are very fake and you have fake things and so I thought they might be fake.’ And I said: ‘That’s such a racist comment!’ [Lowers voice] He was German.”

“I think that, well, first of all, we did have some fitting problems with this collection and you know this is my first collection and I did it in three months because I was working on the Oscars until March and then I had to hire my team, find manufacturers, find my studio, set it all up, and finish [the collection] from April to July because that has to be ready for New York.  So it’s a tiny collection.  And to be quite honest, there were some fit discrepancies between things.”

On Who He Designs For:

“… I do design for a specific person who appreciates… who’s probably thin, quite honestly. She takes care of herself. She understands the quality of a stitch, understands the quality of the fabric. She’s most likely urban. You know, my clothes are expensive. As I told you earlier on, I used to make jeans that cost US$50 here, and at this stage in my life, after 25 years in the fashion business, what interests me the most is the best. The best fabric, the best stitching, the best quality, and that is, by nature, expensive. It doesn’t mean I’m trying to exclude or make a social judgement about not wanting people who can’t afford my clothes to be stylish. By the way, style has nothing to do with money.”

On diversity in his catwalk: 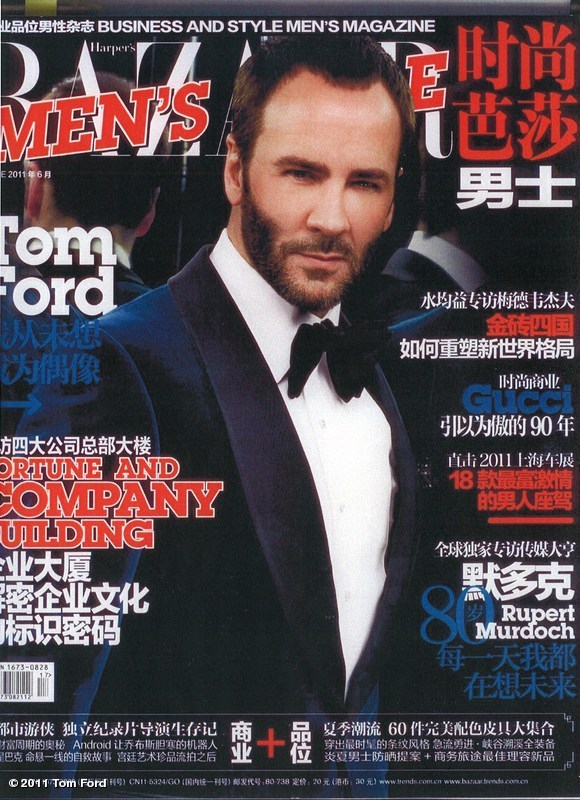 Unfortunately, this interview isn’t available online (to my knowledge) except for the scanned images which were posted on Tom Ford’s official Facebook page.  Seeing that it is in Chinese, I have NO idea what any of it says.  Anyone care to translate?

The great thing about the internet is the access that it provides us.  I am excited that we were able to get some additional insight into Tom Ford through these interviews, and am excited that he has launched his womenswear line in China.  The Facebook Page is a great source for more images from his time in China – check them out if you haven’t already!

Anyone else looking forward to the next round of interviews?!