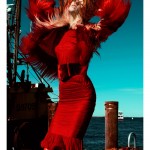 There has been a lot of talk about Karlie Kloss's December 2011 Vogue Italia shoot recently.  The buzz turned into outright controversy when the publication decided to pull one of the images from their site.  You can read more about that here. I, however, want to focus on a different shoot here.  Karlie—who happens to […] Show me more ... 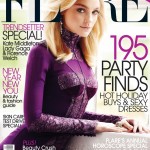 Model Jessica Stam graces the cover of FLARE Magazine's January 2012 issue wearing the Violet Applicqué Metallic Lace Cocktail Dress. This is the same dress that Janet Jackson wore for her Harper's Bazaar Arabia shoot and although I love the emerald I find this just as mesmerizing.  It's the perfect violet! Check out a behind-the-scenes […] Show me more ...

The TOM FORD Fall/Winter 2011 Womenswear Collection takes center stage in "Sueños de un Seductor/Dreams of a Seducer", a striking editorial in the October 2011 issue of Harper's Bazaar Spain.  The sexy shoot, lensed by photographer Rafael Stahelin and starring the beautiful Sheila Marquez, serves double duty as an introduction to Violet Blonde and includes […] Show me more ... 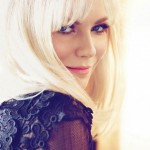 The guipure 3D lace dress from Tom Ford's A/W 2011 collection is a hot pick amongst stylist's right now.  The gorgeous Emma Stone wore a sleeveless black version to the Crazy, Stupid, Love premiere a few months ago and Lady Gaga and Anna Dello Russo have been spotted in the white version. Kirsten Dunst, photographed by […] Show me more ... 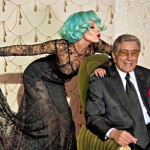 Back in August, news leaked of a new duet that Lady Gaga was recording with the legendary Tony Bennett for his Duets II album.   I shared my excitement here because Gaga was wearing one of my favorite designs from Ford’s F/W 2011 Collection – the Black Floral Chantilly Lace Evening Dress with Jet Detail. The […] Show me more ...

Georgina Stojiljkovic is a Ford Woman for Helen Marlen Magazine 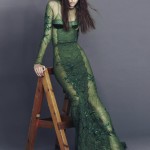 Georgina Stojiljkovic has long been one of my favorite industry models because she has a very distinct look (this is one of my all-time favorite photoshoots). I don't think anyone would call her classically beautiful and she certainly isn't your typical supermodel bombshell. She is something altogether different... She is haunting. Ethereal. Unforgettable. I think […] Show me more ... 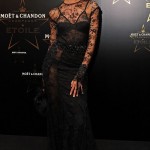 I love this dress. I love Candice in it. Stunning. The black floral chantilly lace evening dress is one of my favorite pieces from the Autumn/Winter 2011 Collection - its spectacular, isn't it? UHREARCHK98X […] Show me more ... 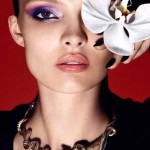 This is one of the best TOM FORD Fall/Winter 2011 editorials I have seen in the September issues.  Carola looks absolutely breathtaking in these shots and I adore the vibrant colors used throughout.  The clothing... the shoes... the jewelry... the makeup.  Pure TOM FORD perfection! Yes, please.  Seriously coveting the lace! I am under the […] Show me more ... 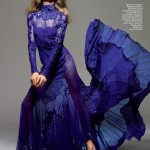 This is the second time in as many months that Anna Selezneva is featured in a Vogue editorial wearing pieces from the TOM FORD Fall/Winter 2011 collection. I would love to add this black silk charmeuse miliarty blouse to my collection.  I like how Ford paired the sheer trend with the military cut to give […] Show me more ...


Warning: sprintf(): Too few arguments in /home/beauti49/public_html/fulltimeford/wp-content/themes/thesis/lib/core/skin/boxes.php on line 1779

Usually when we see TOM FORD pieces featured in magazines the focus is on the clothing and with good reason.  You know if someone is wearing TOM FORD its bound to be a stunning editorial.  One thing that always bothers me though is the fact that TOM FORD shoes and accessories aren't usually highlighted.  Sure, […] Show me more ...