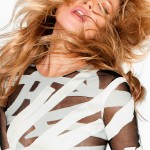 Kate Moss is the cover girl for the May 2014 issue of Harper's Bazaar. Although the focus of the editorial is her new collection for TOPSHOP, photographer Terry Richardson also captured this stunning image of Kate wearing a chalk graphic appliqué  embroidery cocktail dress from the TOM FORD Spring/Summer 2014 Womenswear Collection.  Love. Photoshoot Details: Harper's […] Show me more ... 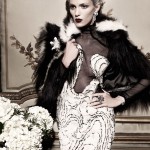 Do you remember the spectacular gown that Chanel Iman wore to the Met Gala earlier this year?  No?  Were you too busy staring at her scrumptious date—Mr. Tom Ford himself—like I was?  Yes, I just called Tom Ford "scrumptious."  Can you blame me? That man is sex on a stick. Seriously. Scrumptious. I could eat […] Show me more ...

Filed Under: TOM FORD: Who Wore It Best 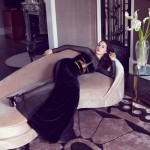 A few months ago, a friend of mine convinced me to watch the first 2 episodes of Downton Abbey.  She swore that I would fall in love with the period-drama and she was right.  I ended up watching every episode of the series in the next week and am now eagerly awaiting its return.  There […] Show me more ... 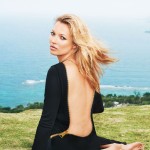 Kate Moss can be spotted in the June/July 2012 issue of Harper's Bazaar wearing a familiar frock.  The supermodel was shot by Terry Richardson in a number of stunning designs, including the same long sleeve double georgette zip cocktail dress that actress Jennifer Lawrence  wore to a Hunger Games photocall in March. The photoshoot took […] Show me more ... 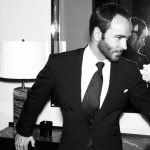 Harper's Bazaar debuts it's redesign—the first in 10 years—with the March 2012 issue.  Along with changes to the overall look and feel of the magazine, a number of content changes are also present, including a variety of "Lists" that will now be featured each month: The A-List:  The cover star reveals their favorite things of […] Show me more ... 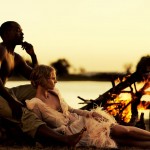 March 2012 is going to be a good month for Tom Ford fans everywhere! In addition to advertising that will be featured in a number of the March issues, quite a few pieces from the Spring/Summer 2012 Womenswear Collection have been featured in the accompanying editorials as well.  This is just a quick roundup of […] Show me more ...


Warning: sprintf(): Too few arguments in /home/beauti49/public_html/fulltimeford/wp-content/themes/thesis/lib/core/skin/boxes.php on line 1779

Usually when we see TOM FORD pieces featured in magazines the focus is on the clothing and with good reason.  You know if someone is wearing TOM FORD its bound to be a stunning editorial.  One thing that always bothers me though is the fact that TOM FORD shoes and accessories aren't usually highlighted.  Sure, […] Show me more ... 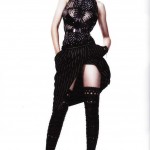