Before you get too excited, I don’t have official pictures of the TOM FORD Spring/Summer 2011 Collection to share with you.

At least, not exactly.

What I do have is two pictures that serve as a nice teaser. For those of us that weren’t lucky enough to attend the TOM FORD London Fashion Week presentation on September 18th, 2011, these  pictures are the next best thing.

First, let’s take a look at the makeup. Model Jasmine Tookes was kind enough to instagram this gorgeous shot of her beauty look from the TOM FORD show.  A bold, strong lip and smokey eyes were clearly the look of the evening.  And check out those killer brows – bet they used the new Brow Sculptor pen! 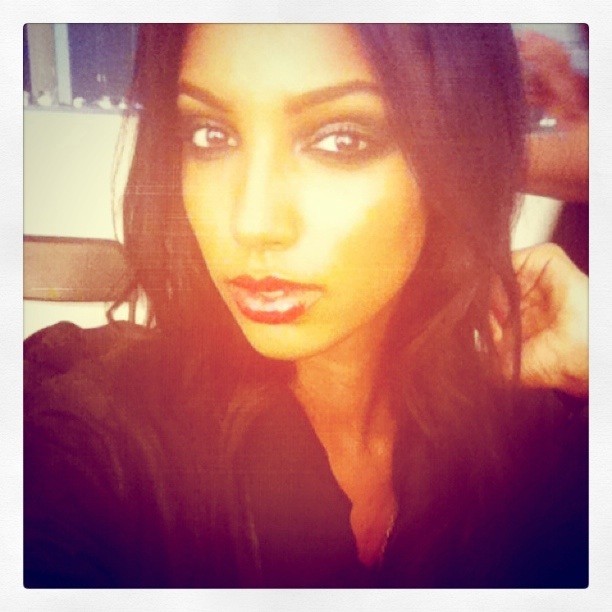 Better yet – how about a photo of the lineup wearing the TOM FORD Spring/Summer 2011 designs?  Thanks to Candice Swanepoel, we have just that. 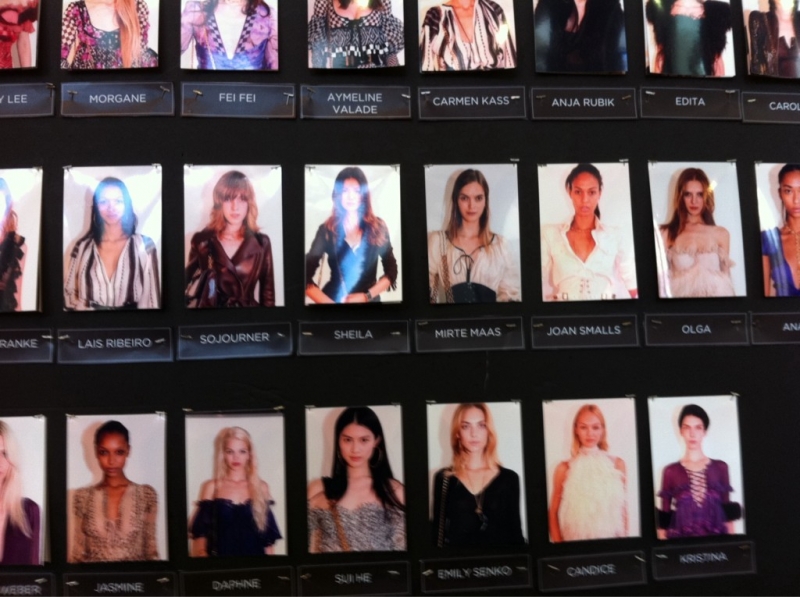 Obviously, these images are simply teasers.  We can’t see the full designs, but they certainly do offer nice hints of the fabric, cuts and styles that highlight the Spring/Summer 2012 Collection.

Is it as good as seeing the real images?  Of course not.  But unfortunately we won’t be able to see those until Mr. Ford wants us too – and that time is at least a month away!

Meanwhile, what we can do is take what we see above and combine that with what we do know about the Presentation.  What results is a lovely image that almost makes me feel like I was there.

Now, let’s take a look at what people are saying about the presentation around the web:

angelcandice’s twitter: Tom Ford show was beyond amazing as always!  So lucky to be a part of such an amazing production. #glamourelegance

chiaramakeup’s twitter: The Tom Ford show was absolutely gorgeous today! hectic is not enough to describe the mood in the backstage…

rzrachelzoe’s twitter: I can’t breathe from The Tom Ford presentation..there r no words for his genius..xoRZ

amcELLE’s twitter: Tom Ford. Utter seductive perfection. I could tell you more but then I’d have to kill you #LFW

jo_elvin’s twitter: Tom Ford so happy at his show. Tried to get his partner to take a bow with him, Richard too shy to do it! Very sweet. Great show.

jo_elvin’s twitter: Tom ended showsaying, ‘I’m not going backstage because there is no backstage. So get up!’

marionaustin’s twitter: Tom Ford show was fabulous. Luxury and glamour, very seductive. I’m honoured to have been there. Oh and @angelcandice! You looked gorgeous!

mrjoezee’s twitter: Just left a Tom Ford collection that was beyond pure glamour. I am always obsessed with his sexy, chic, don’t-mess-with-me woman. #WOW

Lisa Armstrong for The Telegraph:  “pencil skirts, to the knee, sometimes with a fish tail, tightly cinched in cummerbunds and peasant tops, all of it balanced on delicately sculptured wedges or metal pin-heeled stilettos… the shirts unbuttoned way past bedtime, the tousled hair and the dark rings orbiting the models’ eyes… But the lady vamping is a classic, which requires someone to champion it right now… the detailing on these clothes was way beyond anything [Tom] attempted in his previous gigs.  Mesh, marabou, raffia fringing, a candlewick effect which suggested long hours at the hand embroiderers, plaited satin ribbons – these were just some of the techniques applied onto those hourglass silhouettes…”

Jess Cartner-Morley for The Guardian: “I didn’t think Tom Ford’s show was all that. Not that it was awful, by any means, but despite the beautiful tailoring and the immaculate execution it fell a little flat. It felt too self-referential. Too many frills and too few new ideas. There were gorgeous, curvy, super vamp dresses that I loved, but the flouncy peasant blouses and corset belts seemed like a Guilty Pleasures version of Tom Ford.”

Cathy Horyn for The New York Times:  “Mr. Ford’s show was thoroughly Tom Ford in its sex appeal and silhouette—tigress hair, smoky eyes, glossy lips, taut skirts and strappy high heels. The collection was loaded up with great day clothes, including loosely laced Moroccan blouses, fringed skirts and some simple but gorgeous dresses with ruching or a belt at the waist and a bubbled hem. A number of outfits also had corsets blended into the tone of the blouse. Equally strong were his evening option of slinky black pants—more like a ski pant—with a simple chiffon T-shirt coated with feathers at the front.”

What do you think?  Can you spy these elements in the photo above?  I see peasant tops,  purples, browns, checkerboard prints and plunging necklines… I just wish I could see more of them!

One day I would love to be a part of the lucky few who are invited to the TOM FORD presentations – the likes of which include Anna Dello Russo, Anna Wintour, Carine Roitfeld and Glenda Bailey.  And one day I’d love to go to the after party.  I promise I won’t take pictures at either…

Until then, this will do.

So… what do you think?