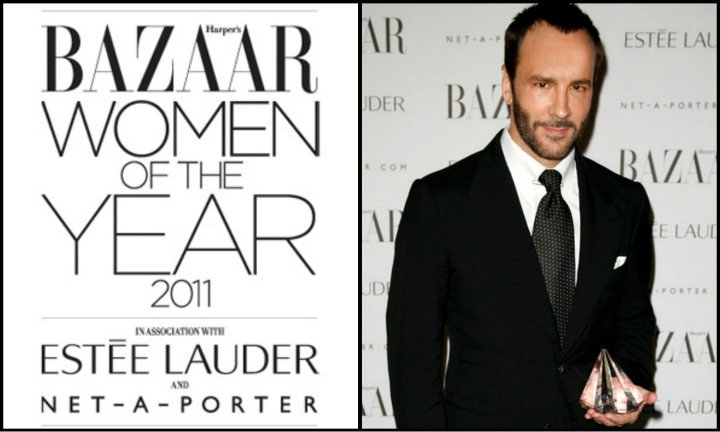 “I think you have to love women, number one, and I do.
And as I said, when you’re in this kind of company it’s very easy to be a man in a woman’s world
and, you know, in my industry and with what I do I meet the most amazing women…
and I think I’m fortunate enough to know some of the great women of our time.”

Tom Ford was awarded the aptly named—and much deserved—“Man in a Woman’s World” Award for his contributions in transforming the fashion and beauty industries in 2011.

Longtime muse Natalia Vodianova presented Mr. Ford with the award and echoed the sentiments of many when she remarked “When Tom Ford stopped doing womenswear, I was like, ‘what am I going to do?'”.  Thankfully, she no longer has to wonder. 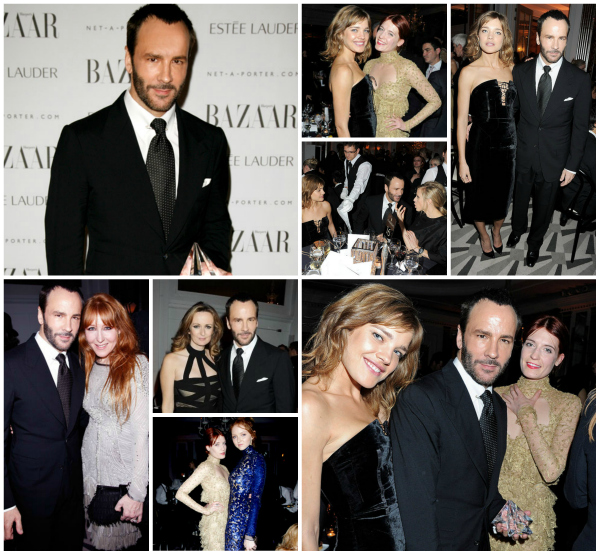 Prior to the ceremony, the winners answered some questions for Harper’s Bazaar UK that offer insight into their personalities. My personal favorite is Mr. Ford’s motto.  Words to live by!

Having my first women’s collection under my own name arrive in the stores. I felt complete again.

Most valuable advice you’ve ever been given?

Only work with people who you’d have dinner with.

What is your enduring motto?

What is your secret weapon?

My sense of humour… I’m great fun at funerals. Tragedy and comedy are very closely linked.

Who is your woman of the year?

I know too many great women. My “bitch of the year”, however, is my little female fox terrier India. She is lovely.

If I listed them all, you would think that I was completely mad, but let’s just say that my ambition is to try to have less dreams and ambitions… To be honest, I have everything that anyone could ever want right now.

Credits: all images via Harper’s Bazaar UK and Getty Images

Getting Personal: Thank You, Tom Ford.
TOM FORD Beauty Success: $52,000 Worth of Products Sold in One Hour