Do you remember the spectacular gown that Chanel Iman wore to the Met Gala earlier this year?  No?  Were you too busy staring at her scrumptious date—Mr. Tom Ford himself—like I was?  Yes, I just called Tom Ford “scrumptious.”  Can you blame me? That man is sex on a stick. Seriously. Scrumptious. I could eat him up.

Wait. Where was I?

Oh yes. The dress. If you can’t remember which dress it was, not to worry.

The gown—formally known as the “Chalk Lady Amhearst Pheasant feather moire tulle evening dress”—makes its reappearance in not one, not two, but three recent editorials, including two September issues.

First up, we have Anja Rubik in “High Society” by Karl Lagerfeld. Anja is wearing the gown and a TOM FORD fur vest. 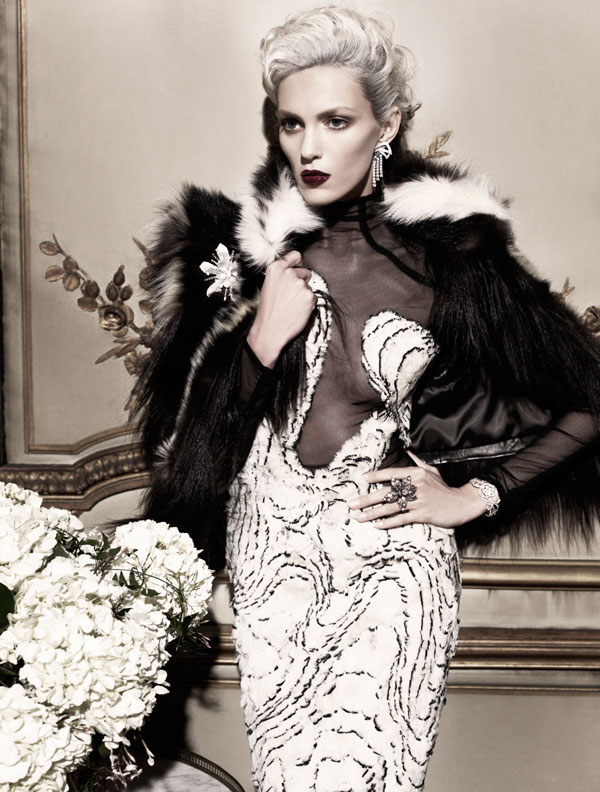 Apparently the folks at Harper’s Bazaar Spain have the same taste as their colleagues across the pond.  The stunning Guinevere van Seenus can be spotted in the September issue wearing the feather gown, sans fur vest. 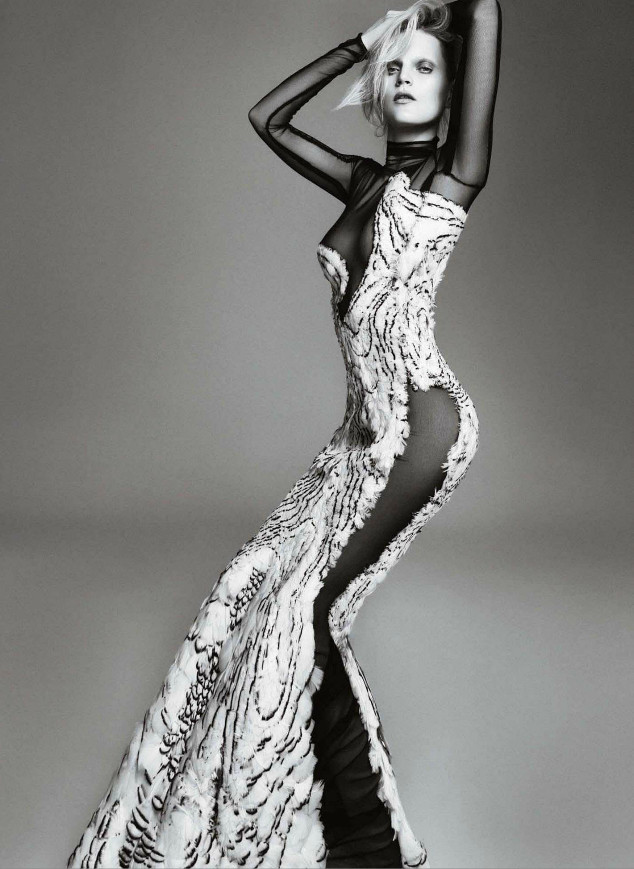 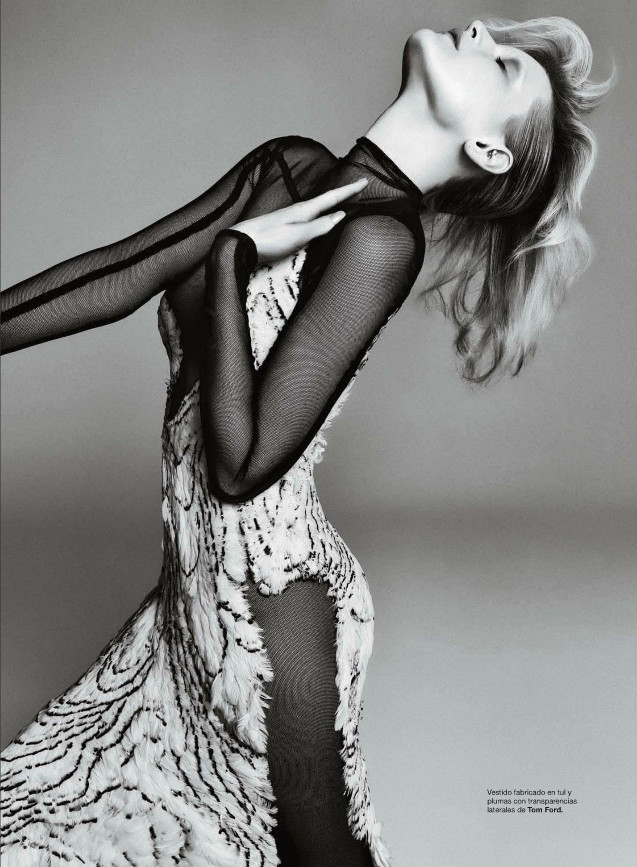 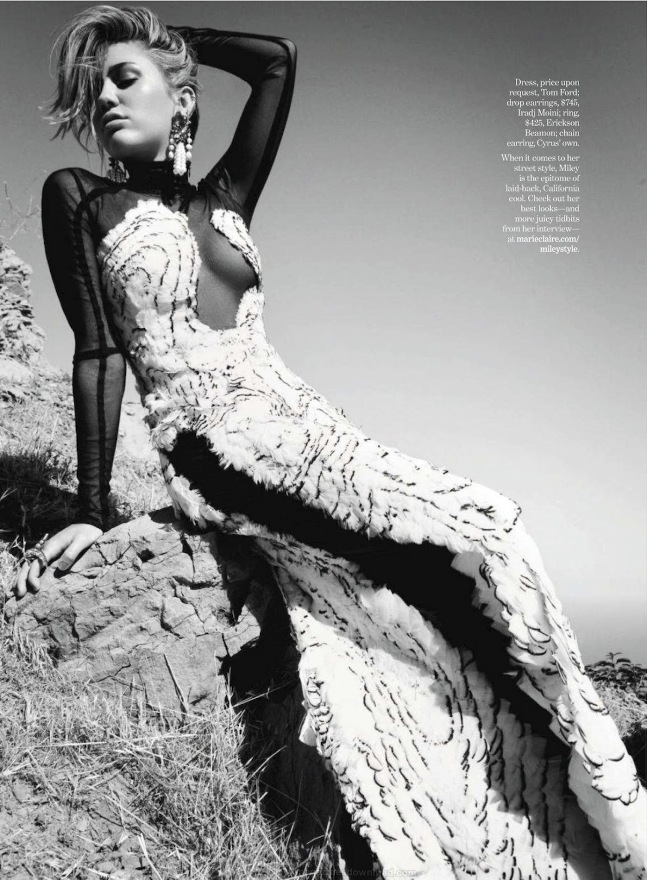 I love the amount of feather detail that can be seen in the shot of Miley, but Guinevere wears the dress best in my book.

Vote below and tell me who you think wears it best!