A few months ago, a friend of mine convinced me to watch the first 2 episodes of Downton Abbey.  She swore that I would fall in love with the period-drama and she was right.  I ended up watching every episode of the series in the next week and am now eagerly awaiting its return.  There are so many things to love about the series.  Everything from the costumes to the soapy drama to the phenomenal acting—including Maggie Smith as the Dowager Countess—is pure gold.

Personally, I was instantly captivated by actress Michelle Dockery’s portrayal of Lady Mary Crawley.  Lady Mary is an extremely complicated character and Michelle does an outstanding job bringing her to life.  Imagine how thrilled I was to see her featured in the September issue of Harper’s Bazaar wearing TOM FORD!  The black velvet and sheer floor-length gown, belt and shoes in the image below are among my favorite pieces from the Fall/Winter 2012 collection. 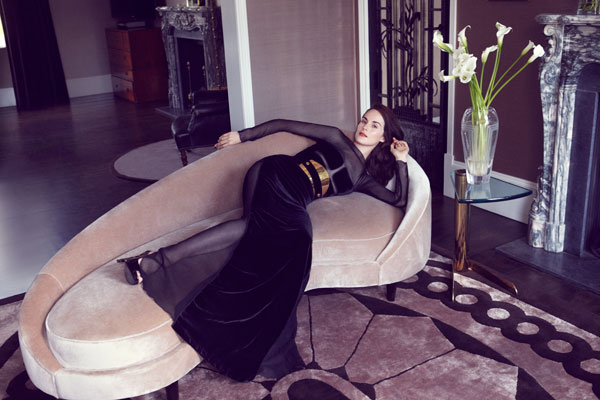 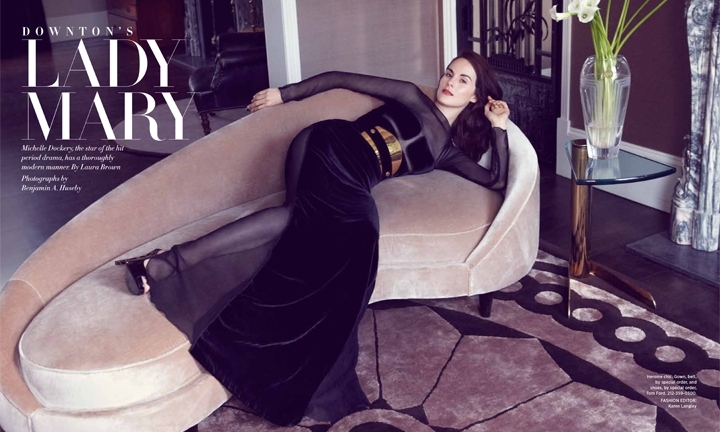 Believe it or not, this isn’t even my favorite shot from the spread!

Lensed by photographer Benjamin A. Huseby and styled by Karen Langley, the shoot features Michelle wearing a number of other designers, including J. Mendel, R. Lauren and Etro. Check it out online now or pick up the September issue of Harper’s Bazaar on newsstands now.

What do you think of Michelle’s TOM FORD look?