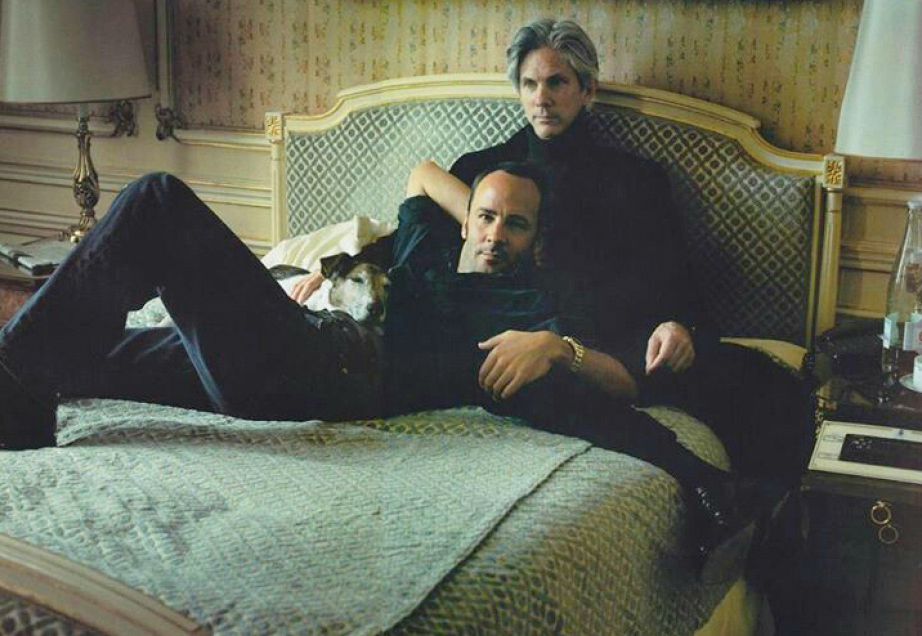 One of my all-time favorite interviews with Mr. Ford was published in the February 2011 Love Issue of OUT Magazine. It was a very candid, very personal and very moving look at the real man… the man behind the designer. The man behind the brand. The man in love with Richard Buckley.

It was a retelling of their love story, from both of their individual views, and it was amazing. You can read the full story here, but my favorite quotes are below.

“He was adorable, and he was a complete fool. He was sort of dancing around, flashing his eyes at me, and trying so hard to be charming. I decided in that elevator ride that I was going to marry him. I’m very pragmatic, and I was, like, OK, there’s some kind of connection here. He ticked every box, and — boom — by the time we got to the floor, I was like, OK, sold. He seemed so together. He was so handsome, he was so connected, he was so grown-up, so he was very intimidating. And he really chased me — not that he had to chase that hard. It excited me but it also scared me, because I knew he was different and that whatever it was I felt with him was very different from what I’d felt before.”

“Richard and I are bound together, and I think that’s what that recognition is when you look someone in the eyes and you feel like you’ve known them forever. It is a kind of coming home.” 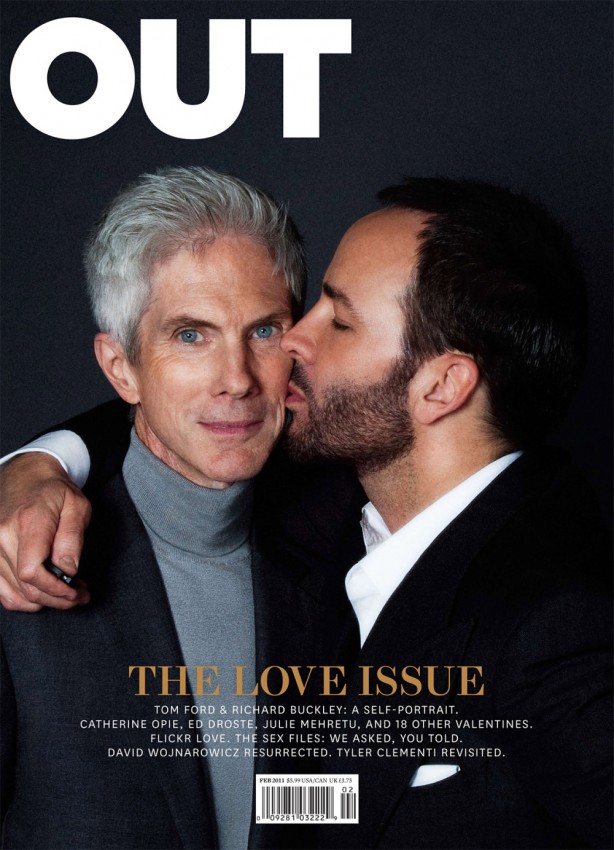 “I felt like I was looking at his eyes, and it was just spinning around and taking me down inside him. I could see he was a good man with a big heart. It wasn’t a physical thing as much as it was a psychic wave… I couldn’t imagine being without Tom now. I couldn’t imagine what I’d be like if something happened to him. There’s only one Tom for me. He is still that man who I met 24 years ago, who has a good heart.”

On April 7, 2014, during an interview at the Regent Street Apple Store in London, Mr. Ford shared that he and Mr. Buckley, now together for over 27 years, are married.

Congratulations Tom and Richard.  May your love continue to grow and bring you happiness always.

Interview Details:
OUT Magazine, February 2011
Images courtesy of OUT Magazine