I wanted to get this out there as soon as I could because I know many of you have pre-ordered, ordered, or are stalking websites and various Tom Ford Beauty counters until this Fall Collection is widely released.

[UPDATE (NOW CONFIRMED): SOFTCORE IS THE BERRY-BASED CONTOUR AND STROKED IS THE CORAL.]

For months now, the common belief among us has been that the lighter, warmer, coral shade of the new contouring cheek duos was Softcore and that the cool, berry shade was Stroked. This was seemingly confirmed when the Fall Lookbook was released with these swatches: 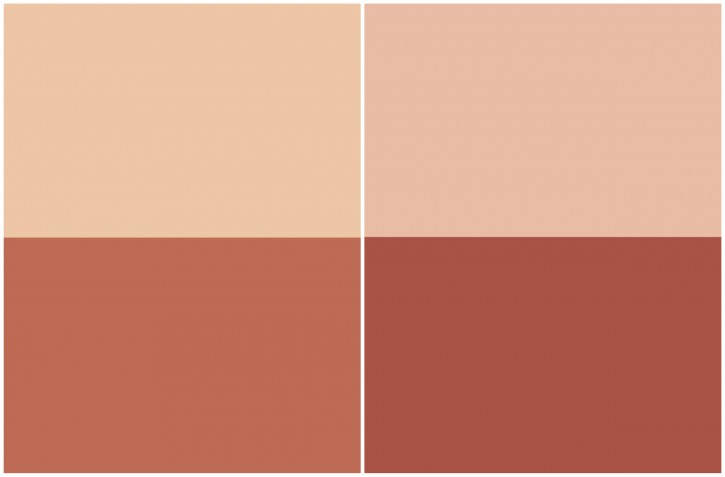 The duo that I received and reviewed here was a press sample with lab labels, and it was marked as “Softcore”. Although my sample didn’t look exactly like the image above, it definitely didn’t pull pink, berry or plum on me (it in fact pulls more like a warm terracotta on my skin), so I assumed that the label was correct and that Stroked, which I do not have, would be significantly cooler and more berry/plum/burgundy as reported.

Yesterday, Temptalia posted her review of Stroked, and it created quite a bit of confusion as it looked exactly like Softcore was represented in the Lookbook swatches! At first, I thought perhaps we both had Softcore and hers was mislabeled. Then I went home and studied my duo and looked closely at her swatches and I think they are in fact different. Christine and I both reached out to various contacts and all seemed to confirm that SOFTCORE was in fact the berry-based contour and STROKED was the coral. This is the antithesis of everything we had heard and read about to date.

And it is true.

SOFTCORE IS THE BERRY-BASED CONTOUR AND STROKED IS THE CORAL.

So, what does this mean?

Sorry for the confusion!