July has been a good month for TOM FORD Collection sightings.

First, an all grown-up Emma Watson modeled that killer chain mail shirt for us in Vogue.

Then, Mila Kunis was flirting it up with Justin Timberlake while wearing the Chantilly Lace Dress in ELLE Magazine.

Shortly thereafter, the official Autumn/Winter 2011 ad campaign was released.  You can expect to see those shots – in all their high-gloss glory – starting with the September issues.

Now, a few more pieces from the collection have been featured in the August 2011 issue of Vogue Paris.

Photographers Claudia Knoepfel and Stefan Indlekofer bring vibrant reds and dazzling diamonds to life in the editorial entitled “Rouge Aura”.   Though Anna Selezneva models a stunning wardrobe of jewel red tones, nothing says glamour quite like a scarlet velvet tuxedo. 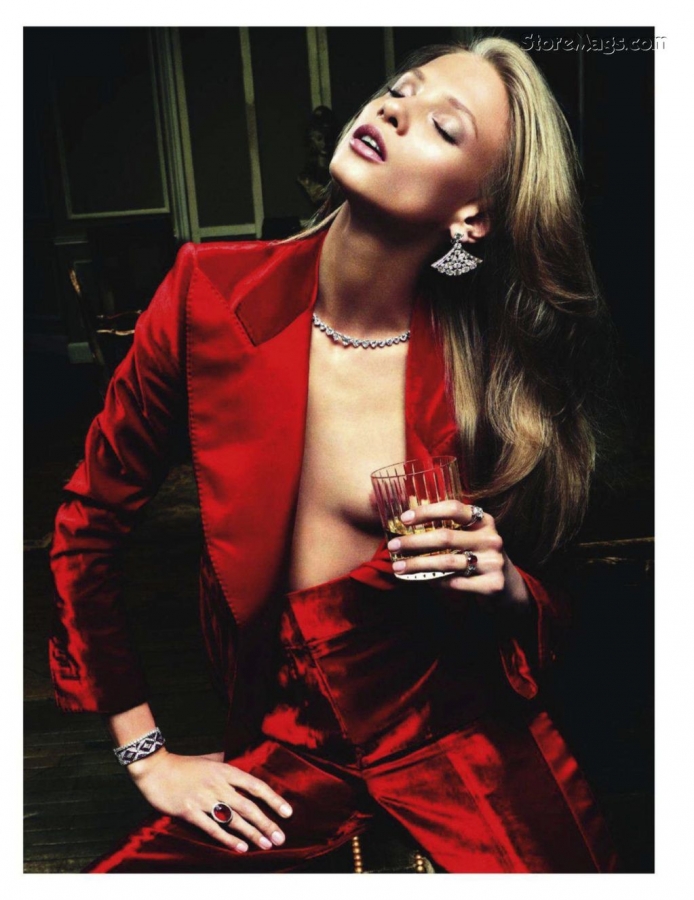 Although this is the only TF shot, the full editorial can be seen here.

The main editorial in this issue of Vogue Paris is “Escale A L.A.”, a 65-page collection-focused editorial photographed by Inez and Vinoodh.

Freja is in full-on rockstar mode for this shoot and is wearing one of the most iconic pieces of  A/W 2011 on the TOM FORD page: the red degrade’ kidassia fur jacket.  I WANT IT.

I wish we could see more of the detail on the black lacquered lace shirt and silk satin flair trousers, but we’ll just have to wait for the next editorial! 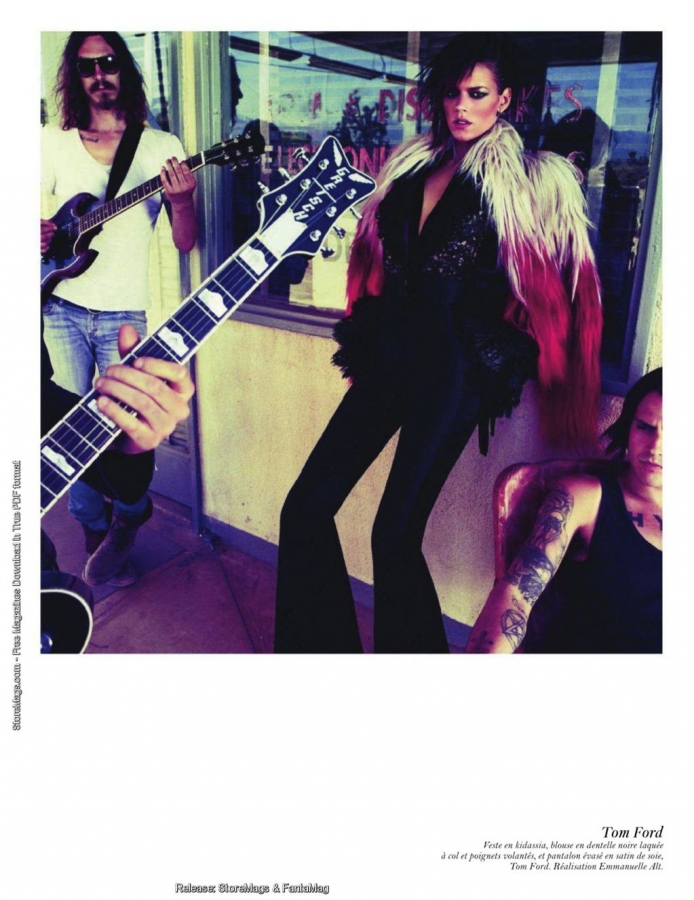 Freja Beha Erichsen by Inez and Vinoodh (image via storemags)

Again, this is the only TF shot, but you can see the full editorial here.

I think the first editorial shows off the clothing MUCH better than the collection ed.  What do you think?  Which shot do you prefer?

P.S.  Is it just me, or does Anna resemble Blake Lively in this shot?  Just a bit?