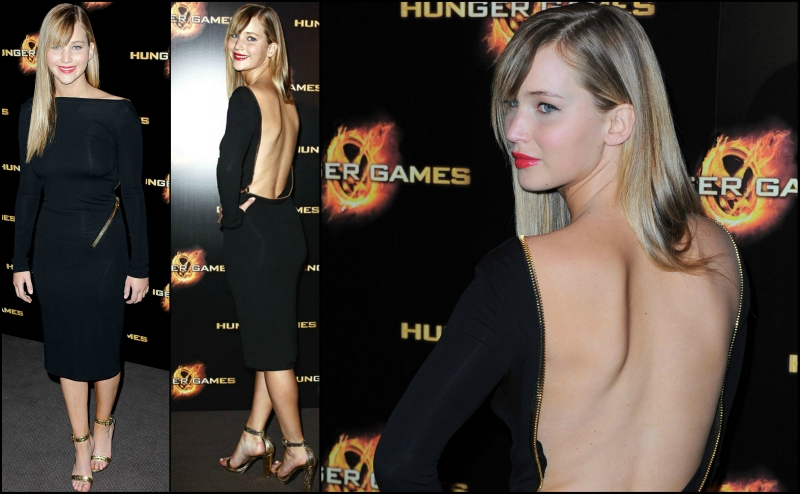 As the March 23rd opening date of The Hunger Games approaches, the cast has been traveling around the world to promote the film at various premieres.   Lead actress Jennifer Lawrence keeps wowing the masses, but stylist Elizabeth Stewart absolutely outdid herself for the Paris photocall on March 15th.  Jennifer arrived at the Cinema Gaumont Marignan in a striking long sleeve double georgette zip cocktail dress from the upcoming TOM FORD Autumn/Winter 2012 Womenswear Collection.  From the front, the dress appears to be simple and classic… but the plunging, zip-detail open back is a whole other story. 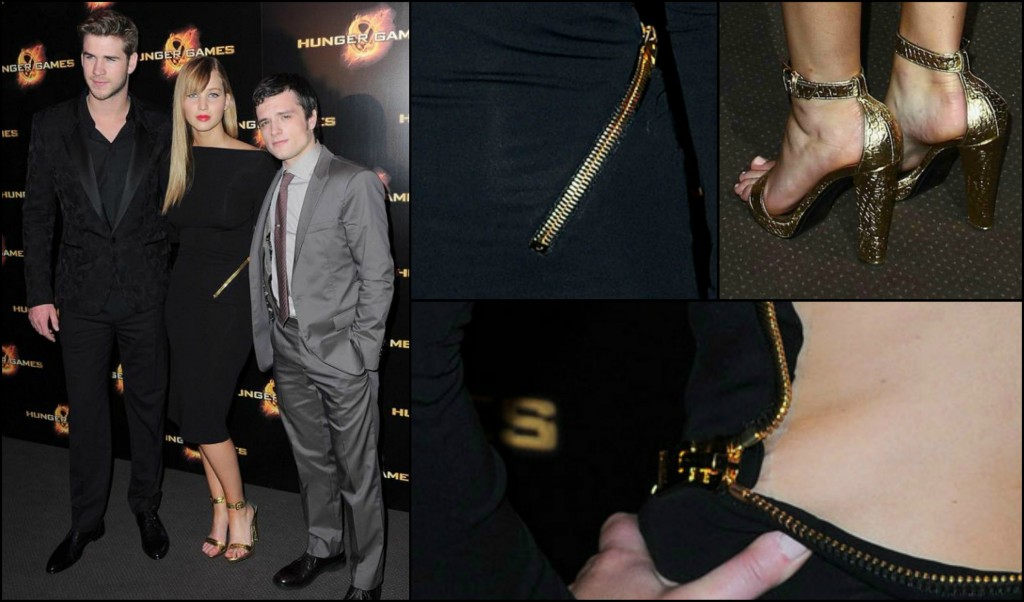 AMAZING doesn’t begin to describe it.

Lawrence kept the rest of the look simple—a red lip, no jewelry, and gold TOM FORD sandals—and let that zipper do all the talking.

This is the second dress we’ve seen from Tom Ford’s Autumn/Winter 2012 Collection and it’s definitely a winner.

Check out the rest of the images below and tell me which you prefer—this dress, or Gwyneth’s TOM FORD Oscar gown?