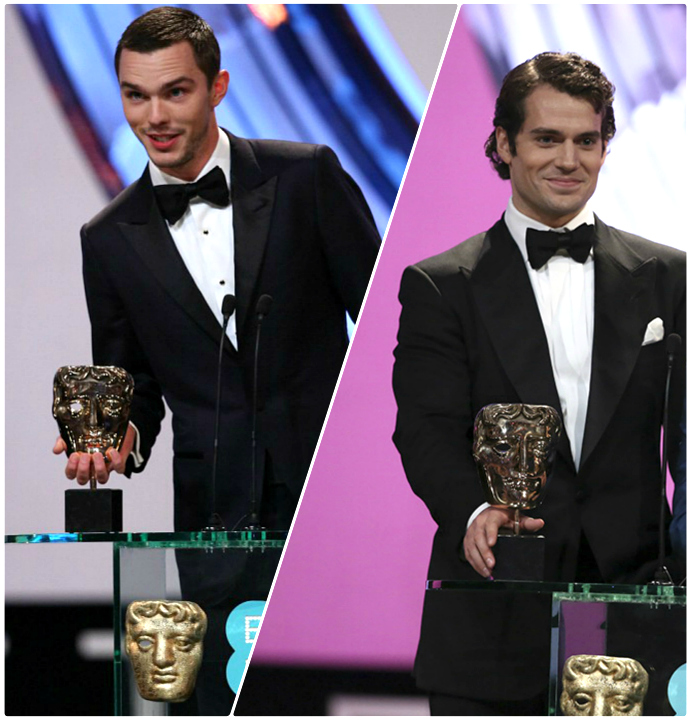 While the crème de la crème of the music industry made their way to the 55th Annual Grammy Award’s on February 10th, most of Hollywood’s elite were across the pond for the British Academy of Film and Television Arts (BAFTA) annual awards ceremony. The BAFTAs are often viewed as second only to the Oscars in terms of importance to the film industry and the star-power at the ceremony has grown by leaps and bounds the past few years.

From a fashion standpoint, the BAFTAs have become a great lead-in to the Oscars. The weather often plays a part in what we see on the BAFTA red carpet, and this year’s freezing temperatures and snow were no different.  Nevertheless, the ladies braved the elements and look amazing and I managed to spot some immaculate TOM FORD tuxedos in the mix!

Not to be outdone, everyone’s favorite zombie Nicholas Hoult also decided to up his game by wearing a black TOM FORD tuxedo with a peak lapel, white evening shirt, silk bowtie and black leather shoes.

Check out the images below and tell me who you think wore TOM FORD best!